Putting the Bible Back Into Church!
admin
Apologetics, Discernment 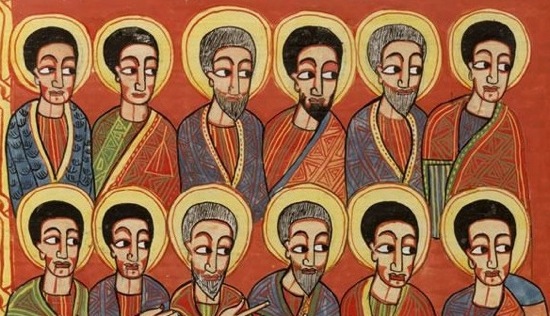 One of the most common debates in the Church is the debate about whether the office of Apostle is still in effect.  The simple answer is a resounding “no.”  Even if the office were still around, most who make the claim that they are an apostle are disqualified from holding that office.  There are truly just two Biblical offices that are here today, which are designed for the New Testament Church:  Pastor/Elder and Deacon.  Just as it is with the Apostolic office, many are not qualified to be holders of these offices today.

We start with the Strong’s definition of apostle:

APOSTLE  apostolos ap-os’-tol-os; a delegate; specially, an ambassador of the Gospel; officially a commissioner of Christ (“apostle”) (with miraculous powers):–apostle, messenger, he that is sent.(sent forth).

apo apo’ a primary particle; “off,” i.e. away (from something near), in various senses (of place, time, or relation; literal or figurative):–(X here-)after, ago, at, because of, before, by (the space of), for(-th), from, in, (out) of, off, (up-)on(-ce), since, with. In composition (as a prefix) it usually denotes separation, departure, cessation, completion, reversal, etc.

stello stel’-lo  probably strengthened from the base of 2476; properly, to set fast (“stall”), i.e. (figuratively) to repress (reflexively, abstain from associating with):–avoid, withdraw self.

There are three usages of the term apostle in the N.T.

(1) Apostle refers to the Lord Jesus Christ (Hebrews 3:1). Jesus was sent from God the Father into the world to provide redemption for mankind.

So, if you think you have apostolic authority today?

You just may want to check out the marks of Christ’s Twelve Apostles:

Qualifications of the Twelve Apostles:

(2) There were only twelve of them, and their office, apart from the exception of Judas, was never passed on to others at their death (Luke 6:13-16; Acts 1:15-26; Revelation 21:14). When Judas committed suicide after betraying Jesus, the eleven remaining Apostles chose a replacement, bringing the number again to twelve. This reveals their understanding of the significance of that exact number. Later Paul was called by the Lord Jesus to be an Apostle (1 Corinthians 15:7-9), and it is possible that it was then that the matter of the replacement of Judas was settled from God’s viewpoint for all eternity.

(4) They received their message by direct revelation from God rather than being taught by men (Galatians 1:11- 12).

Are there apostles in this special sense today?

For the following reasons we know there are not Apostles today in the same sense as the twelve chosen by Christ in the early churches:

(1) No one today qualifies to be such an Apostle. We have seen the qualifications from the Scriptures, and no Christian today can meet all of those qualifications.

(2) There were only twelve Apostles, and there will never be more than twelve throughout all eternity (Revelation 21:14).

(3) The first Apostles were called to lay the foundation of the church (Ephesians 2:20). The foundation has been firmly laid, and those men, with their special authority, calling, and sign gifts, have passed off the scene.

Is there a need for the office of Apostle today?  Quite frankly, we do not need it, because we have the complete Word of God – The Bible!  The Bible has the everything we need for life and Godliness.

Those who claim to be Apostles, with new authority are in violation of God’s Word.  If you are one of those, please repent and trust in the finished work of Christ.  Instead of looking to your own power, look to Jesus Christ instead.